Dropped off my 11-year-old honey boo boo monkey bird for the two-week trip to France with her father at the JFK Terminal 8 yesterday. I decided to see which departure flight would suit my wanderlust needs.  #Wanderlust 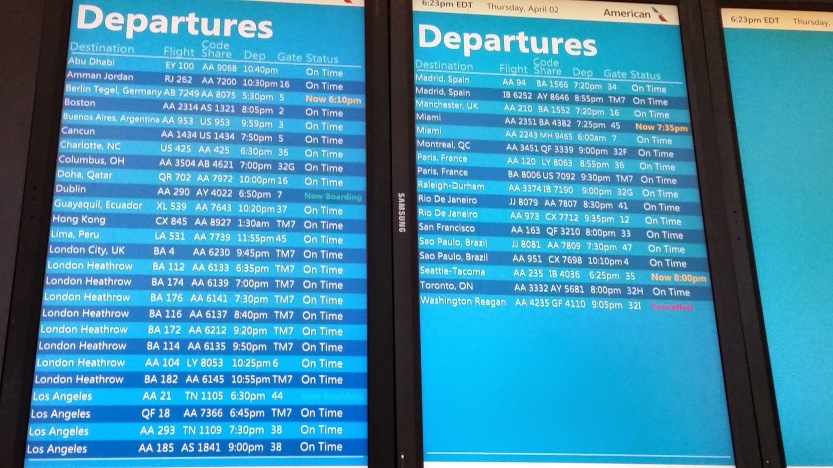 Out of this list: London, Berlin, Abu Dhabi, Rio and São Paulo would’ve been of interest to me.  Have been to most of the other destinations on the list.  Considering the flight time and my four-day window, the only reasonable destinations were London and Berlin.  Checked the cost – $2500+ to leave last night! 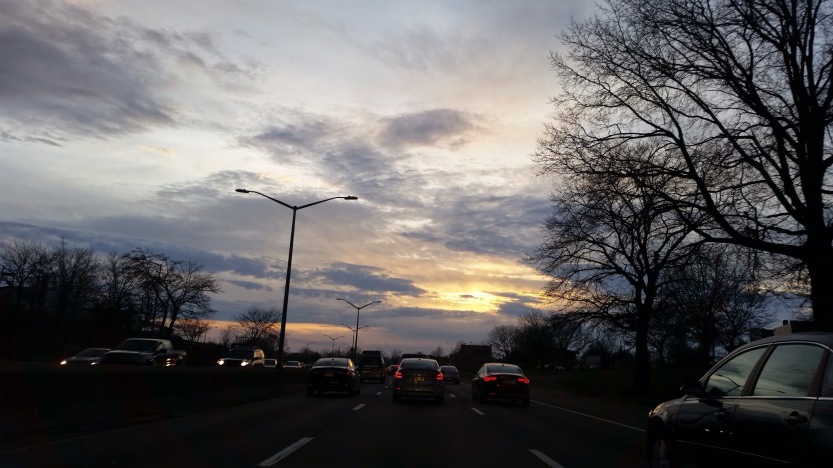 Here I was on my way south in my car, watching the sun set. I have been fortunate enough to see the open skies in Mongolia and Colorado, to try the food offered in the Plaza Jemaa El Fna in Marrakech, to walk behind the men in the souks of Fès in Morocco, to sit by the fountains of Rome, to take the ferry on the canals of Venice, to fall asleep inside the Louvre in Paris, to drive through the Alps from Geneva to Besançon, France, to taste the fresh fish that came from docks in Marseille, France, and to drive in the urban sprawl of Bogotà, Colombia.

But I have not done so many things on my own.  I did those things with friends and a partner who spoke French, Spanish, and Italian. With my Mandarin, we adequately covered the world. I have done very little on my own: I flew across the Pacific to come to the US by myself without a word of English; found my way back to the host family via the police when I was lost three months after I landed in NJ; I went up the Machu Picchu; and I found my way to a hotel in the middle of the night in Barcelona.  Not too many at all.
I think it’s time to grow up to become the person I am meant to be.  It’s time to satisfy my wanderlust.
Follow me on Mobilytrip.com.  Or click here.