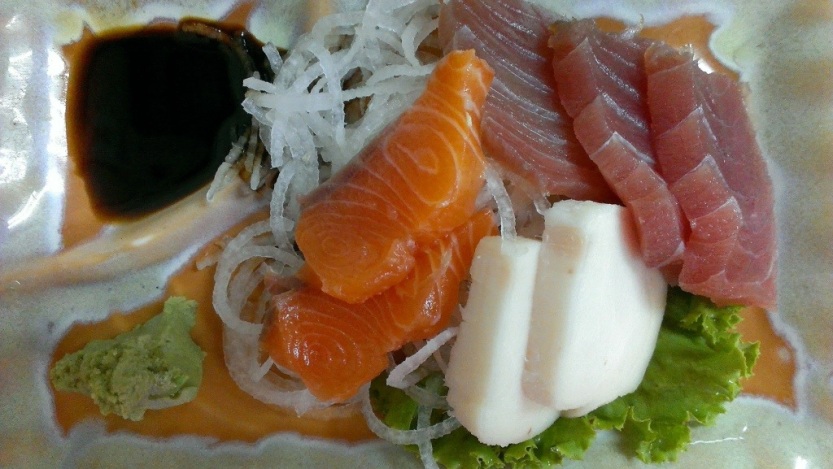 For those who read Chinese, this menu sheet tells you that the sashimi plate shown here, 生魚片, is $150 TWD or roughly about $5 USD.  It’s incredibly fresh.  No tummy aches.  No fishy tastes.  And it’s sold by a vendor who operates out of a cart that has some indoor seating.  As a New Yorker, I take note to not order raw fish in the restaurant on Sundays and trust well-known Japanese grocery stores for my raw fish purchases. When I spend only $50 USD for a satisfying sashimi dinner for two, I think it’s a great deal.

In Taiwan when it comes to eating sushi and sashimi, I am like a child in the candy store who suddenly realizes her allowance just got doubled or possibly tripled.  Sushi and sashimi as a cuisine option here is as popular as the Taiwanese and the mainland Chinese cuisines.

Did you know that Taiwan was occupied by the Japanese for over 50 years?
Taiwan under Japanese rule

The Japanese influence is evident in this island’s cuisine and culture.

Lastly, I will admit that I ordered a couple more dishes, including a handroll and fish eggs, than the ones pictured here. But because they looked so good when they arrived at my table, I totally forgot I wanted to document the meal.  My brain stopped working when they arrived!  My apologies.  You are only seeing half of what I ate. 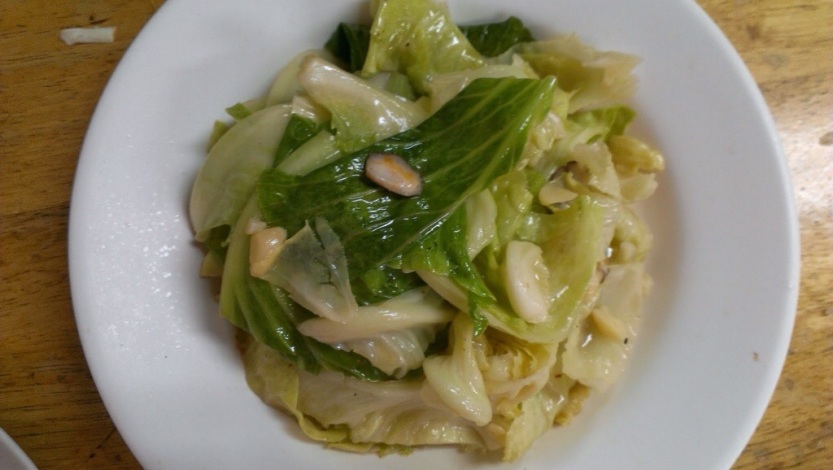 Green vegetables to show that I can be a good eater

3 thoughts on “Cheap and Fresh Sashimi in Taiwan”