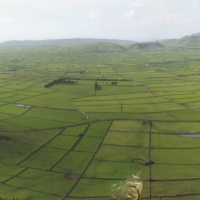 The arrival was messy and I had a difficult time finding my driver.  Tried to walk to Terminal 1 from Terminal 2.  Not fun.  It was a shock to my system to go from speaking mostly English to a complete immersion of the Mandarin and Taiwanese languages, trying to explain the state of racial discrimination in NY and whether it is popular to learn the Chinese language in the US.

Got to the apartment at 1am and went to the Seven Eleven for a quick nighttime snack, 宵夜.  Selection was limited but surprisingly satisfactory.

Due to jet lag, I was having breakfast only a short few hours later.  豆腐， 油條，和荷包蛋。  The soy milk was so fresh that it contrasts vividly for me to the stuff I get in NY. 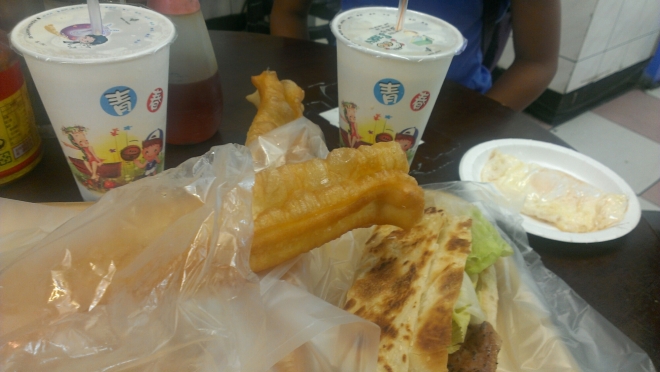 Have been on the road and in flights for the past 21 hours. I am almost there. The food at the National Coney Island restaurant at the Detroit Airport was nothing to write about; had diner breakfast for lunch. The food on the flight was simply survival based. But…

I am at the Narita airport now and bought this snack. Kind of tickled that Nestlé is so multi-national, producing KitKat with the Green tea flavor.

Time to pack up, find the passports, the New Taiwanese Dollars, the apartment address and the contact telephone numbers.  The flight is long. Three legs: La Guardia to Detroit, to Tokyo, and finally to Taipei.  Should take between 24-28 hours door to door.  Wish me good travel karma!  Stinky tofu, here I come!!